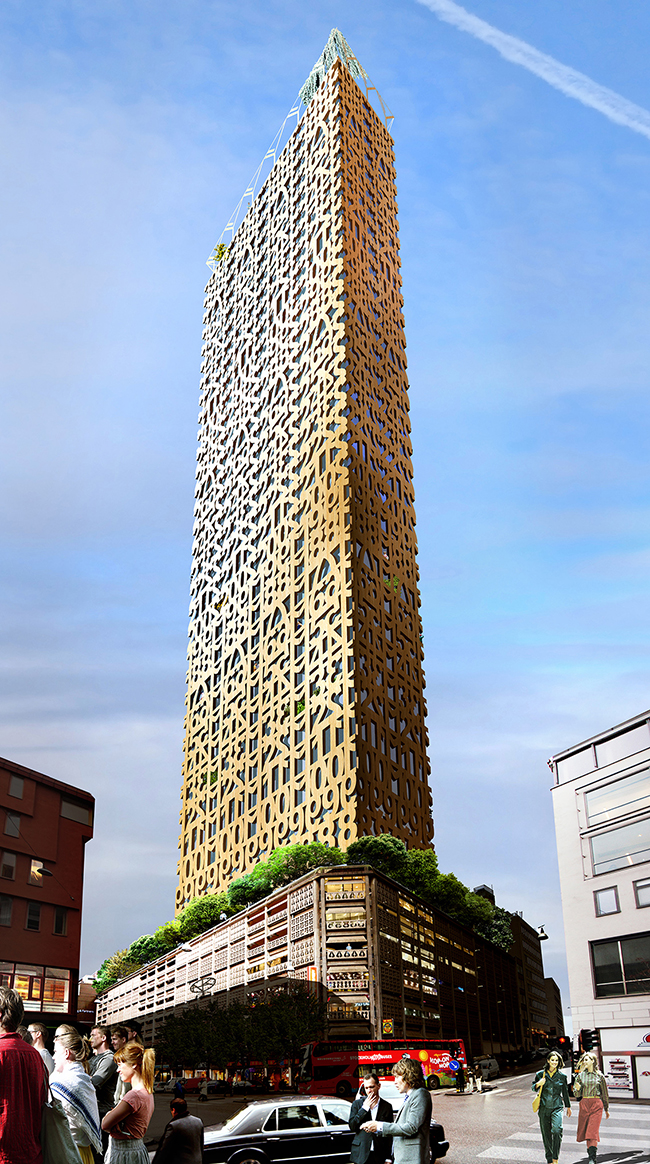 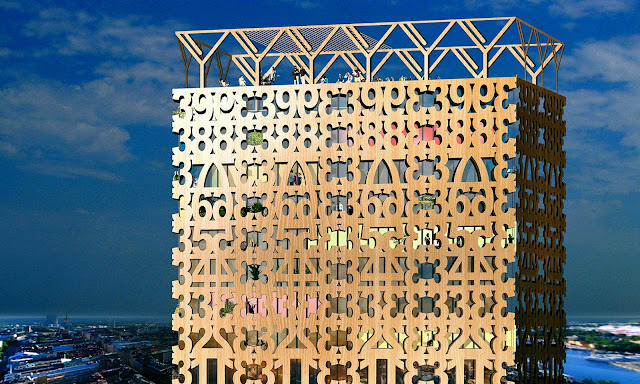 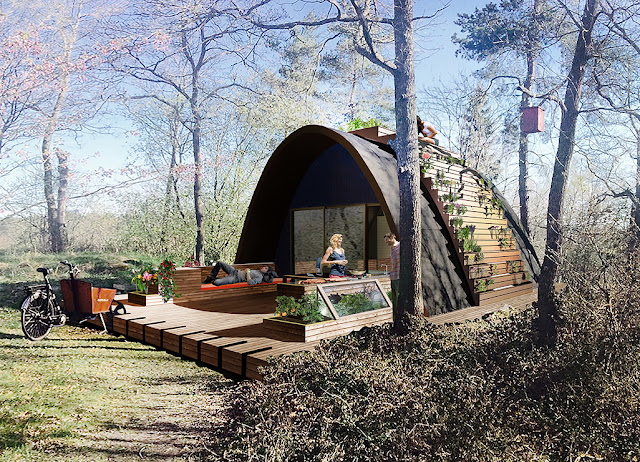 Anders Berensson Architects has design the renovation and refurnishing of a small winter cabin in The Royal National City Park  Norra Djurgården in central Stockholm. The commission was to ad as little as possible to transform the cottage into a functioning house to live and work in without having to plug in water or sewer. Today the cabin is completely empty of furniture and basic functions such as toilet, storage, places to rest and cooking facilities on top of that the house lacks daylight and is poorly heated. The new design features all of these necessities plus much more. The client who is a true outdoor person also asked for a grand outdoor space which he could use during summer time. Therefore the concept behind the design has been that all you can do in the winter inside the cabin you can also do outside at summer time. At summer the house grows from cabin to an outdoor palace where the client can spend most of his day in the beautiful national park.

The outdoor veranda surrounds the whole building and contains functions such as a kitchen, small green houses, seating areas, a grill, water collector and a hen house. The veranda also cover parts of the roof where the client can catch the morning sun and grow spices and herbs on the south side, on the north side is apartments for birds and bats.