When doing our proposal "Eldklot" and studying the program more carefully we discovered that the reservoir we where about to design would be closed to the public and surrounded with barbed wire. The main purpose of the competition was to create a landmark facade that would put the city of Örebro on the world map. Sad to realize that our fireball room would no longer be public and just be experienced from a distance we decided to put all our architectural aspirations of grand public spaces aside and create a new proposal focusing entirely on following the line of thought presented in the competition brief; How to brand a city in the most efficient way possible through building an attention seeking monument. With no functional purposes or narratives to base our design on we had to think inventive. Taking into account that a small democratic municipality like Örebro has to share there "branding the city trough huge monuments budget" with schools, elderly & daycare services we had to design something easy to built and affordable. Last but not least taking into account the enormously though competition from big metropolis, multinational companies, dictators and monumental loving regimes we needed to be bolder and braver than anyone ever been before! Taking all this factors into account we ended up with this design. The "Erectus Grande" the first giant penis monument. 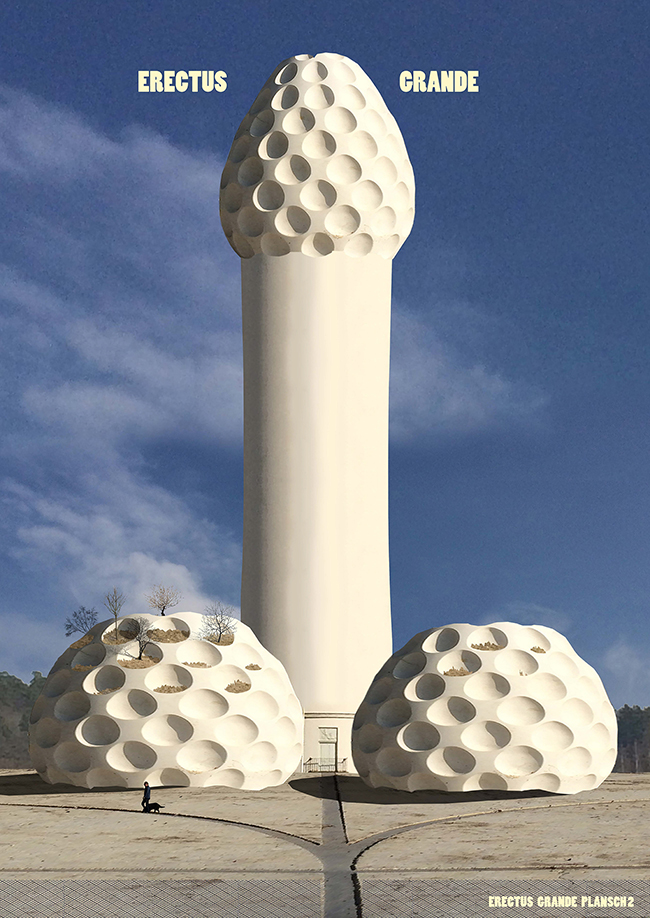 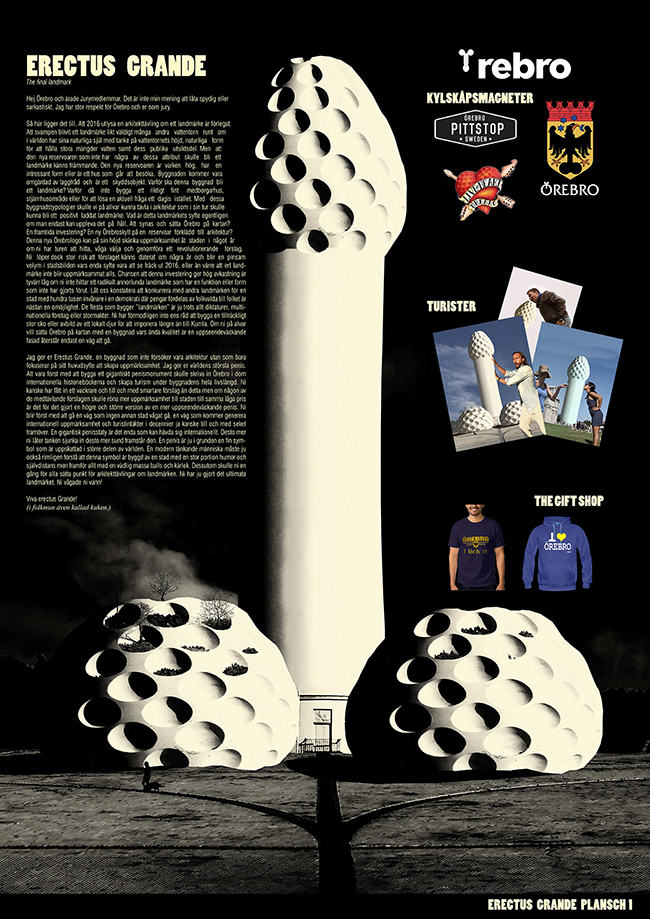 Apparently the proposal made an impression on the local press. The only big local daily newspaper Nerikes Allehanda described the competition as scene in the head line bellow " The new landmark- a giant dick?" 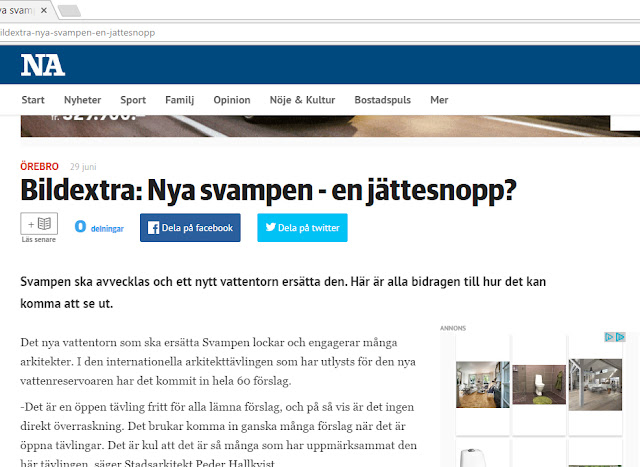 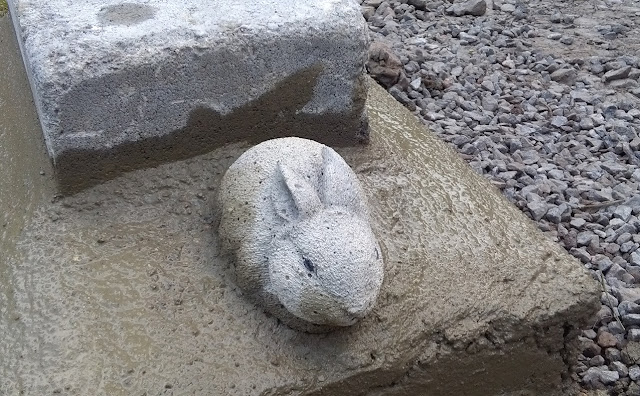 When collaborating with gruff carpenters it is sometimes healthy to break up the position architect-carpenter by throw in something unexpected. This concrete guinea pig and other small creatures where casted into the plinths when the carpenters left for the weekend. A subtle message saying we are watching you and might improve your work at any time.
Posted by andersberenssonarchitects at 07:28 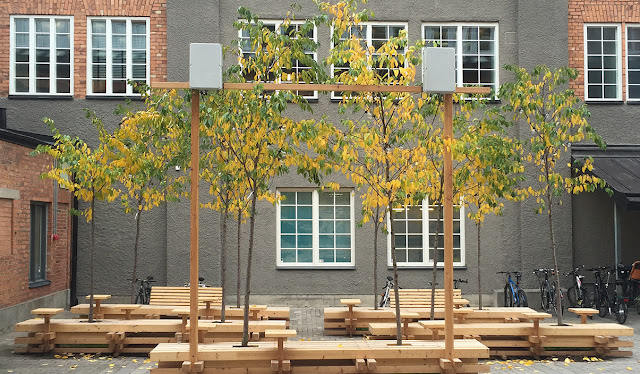 The light strand on Log Lego Park where put up later by an electrician. I told the project leader he should talk to me on site before starting with his work but I never got to meet the guy. Passing by the project late October one could clearly see that the electrician had been there. At the front of the park on the frame facing the street there where two huge electric boxes fronting the whole project feeding ten tinny light strands. I immediately asked the project leader to redo the electricity and get rid of the electrical boxes in the front. Although I disliked the electric boxes I had to admit that the framme facing the street looked pretty nice with some sort of box on it so I bought five bird houses to replace the giant electrical boxes with. I guess I have to credit the electrician for that Idea. 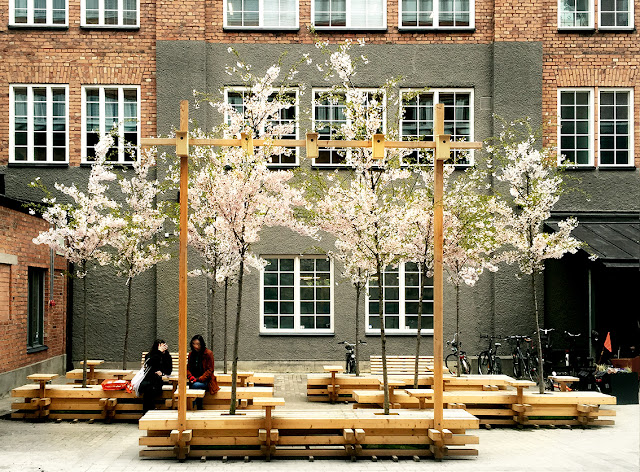