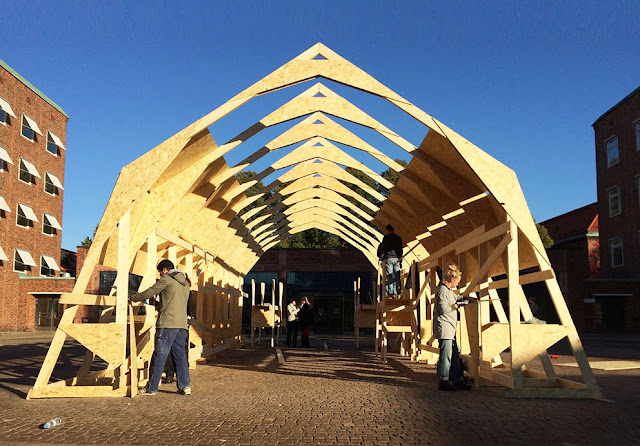 Anders Berensson and Ebba Hallin has designed a factory for Full Scale Studios autumn term project World record ville at KTH Royal Institute of Technology Campus in Stockholm. The plant is designed to handle several parameters of both structural and pedagogical challenges. The purpose of the building is to be a factory for the production of three allotment cottages. The factory will provide rain and wind protection, but also create a clear limit to the construction area since the factory is located in one of the most central locations at KTH  “Teknologgården”. The factory will also make room for workbenches and storage of materials to keep things rolling while building World record ville. The factory will be at the campus from October to mid-December . 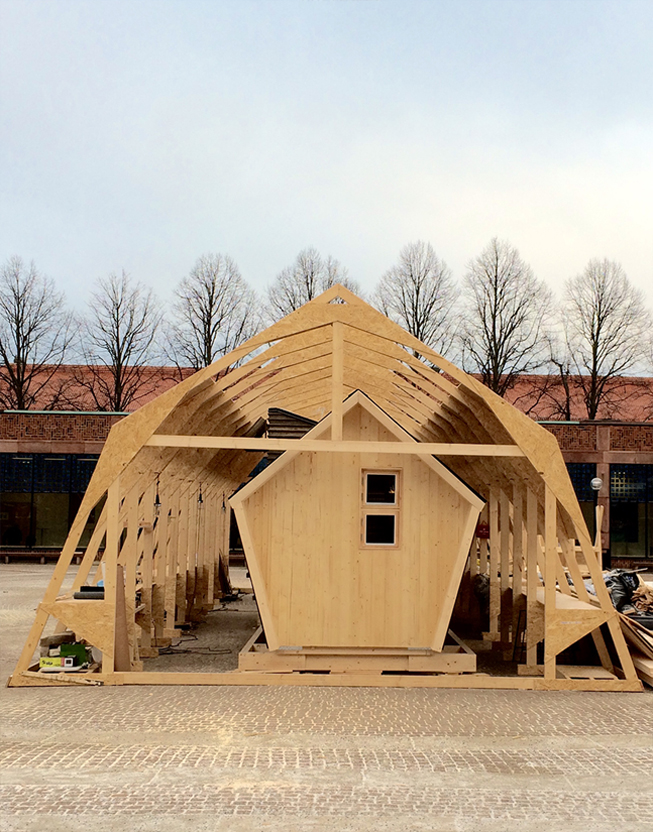 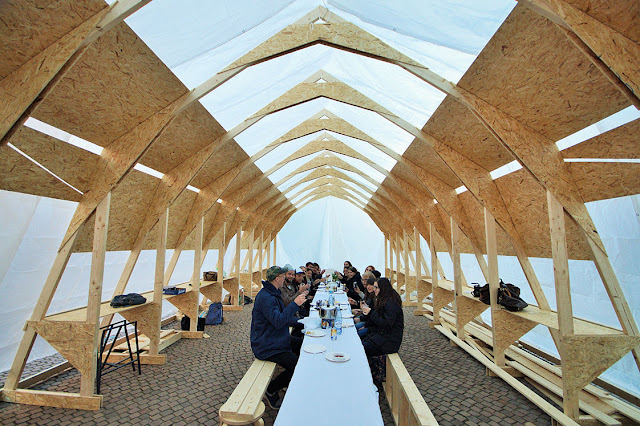 Structure
The plant is designed to cost as little as possible. The house has been constructed of ordinary construction timber and OSB sheets assembled to trusses. The roof framework is covered with a transparent tarpaulin. The form of the trusses is designed by several parameters. The length of each board should not be longer than standard measurements. The house's total perimeter in section should not be longer than 12 meters to suit the most affordable tarpaulin. The OSB sheets is cut to have as little waste as possible. 100% of each sheet is used to make the structure rigid.


Since the idea of the house is to be as large as possible with as little material as possible, the house becomes too light to stand by its own weight on the ground in windy conditions. We where also not allowed to harm the surface of the square. The storage of the house is therefore added to the building's corners to weigh down the house. If a storm comes, rain water barrels can be added to provide additional weight. Workbenches are placed on top of the storage space. 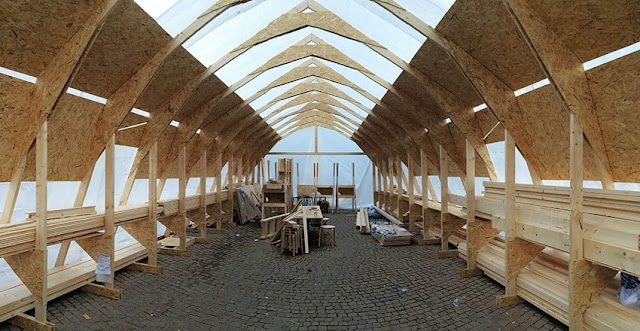 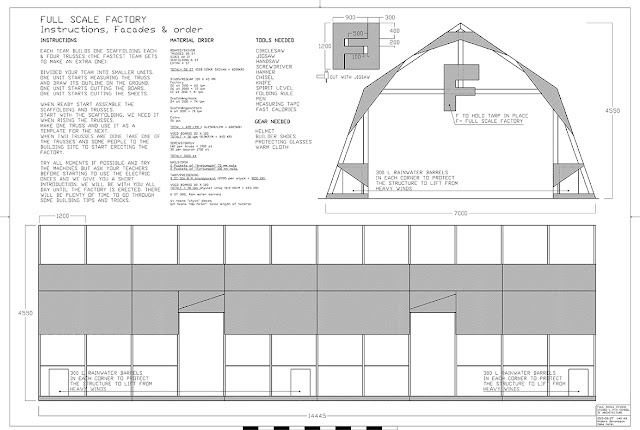 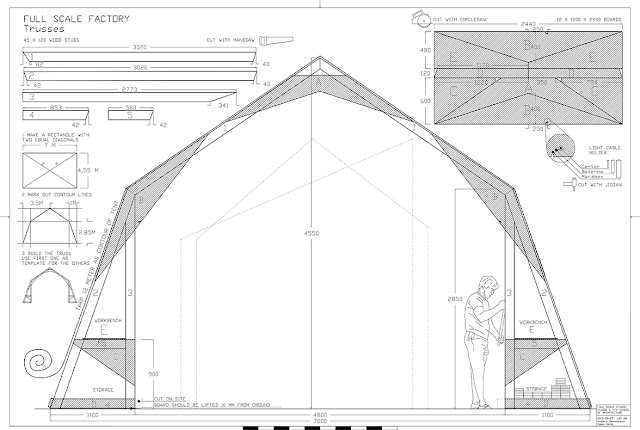 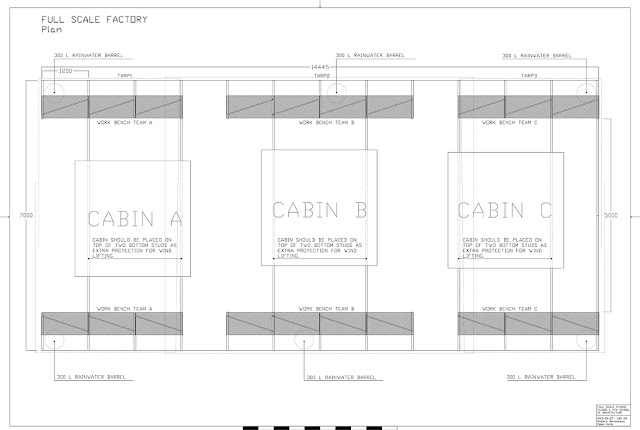 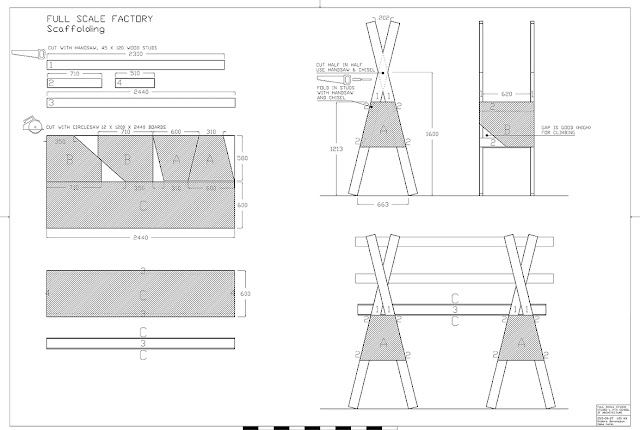 Since the house is built by students, the building process of the factory is a crash course in common Swedish construction methods. Every moment in erecting the building is designed as a lesson in construction and how to use common hand tools. A critical part of the design was to keep 25 students occupied at the same time and make sure that each group of students had to go through all building methods and techniques to succeed with their assignment, techniques that are crucial to know for their forth coming projects.
Every cut is designed for various cutting tools such as circle saws, jig saws and hand saws. The house is also assembled with several different assembly methods such as nailing, screwing, half in half cuts and knots.
Putting together a symmetrical roof truss on the ground without anything in level and with no straight corners to relate to also requires several measurement methods and construction mathematics such as Pythagorean Theorem and diagonal measuring to succeed. 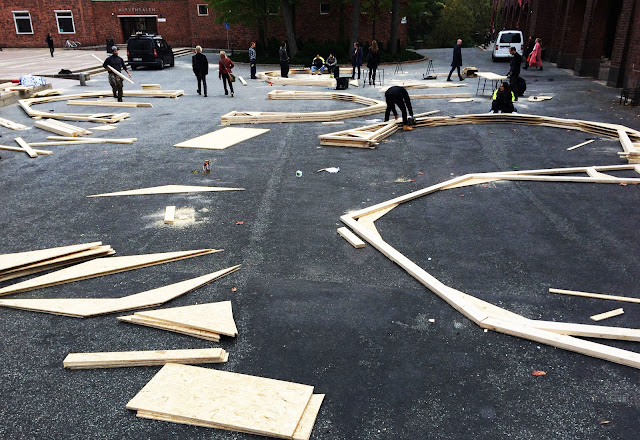 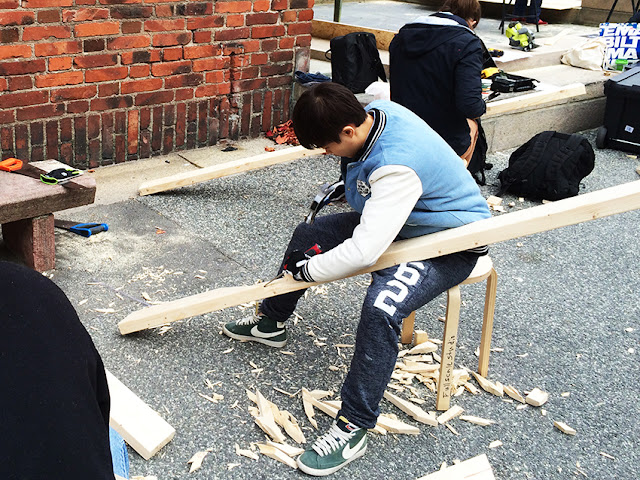 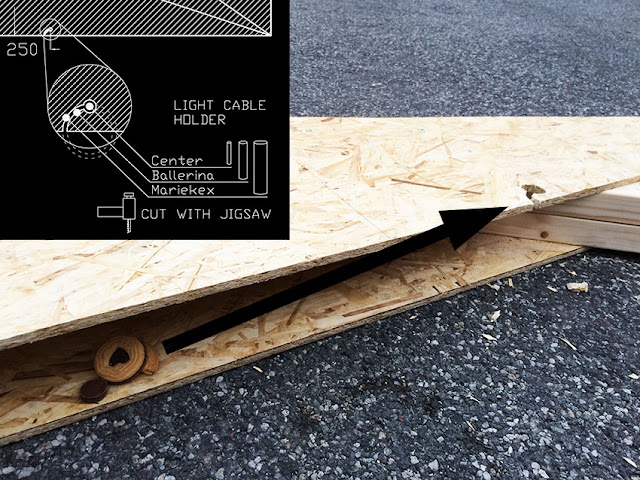 Since the studio largely consist of exchange students from all over the world, Swedish cakes and sweets where used as templates for curved jig saw cuts to share some Swedish cultures with our guests. 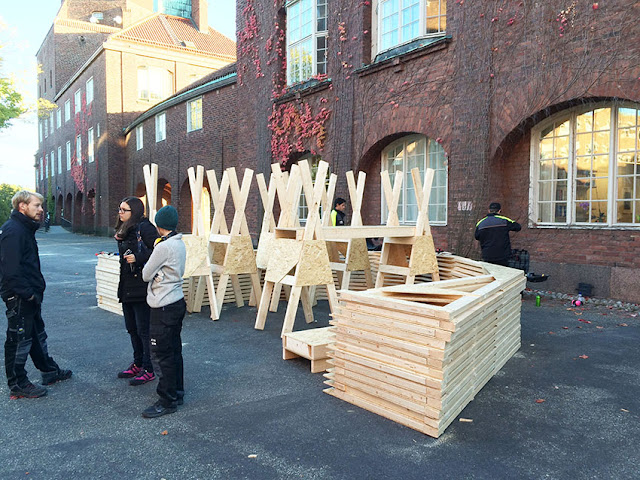 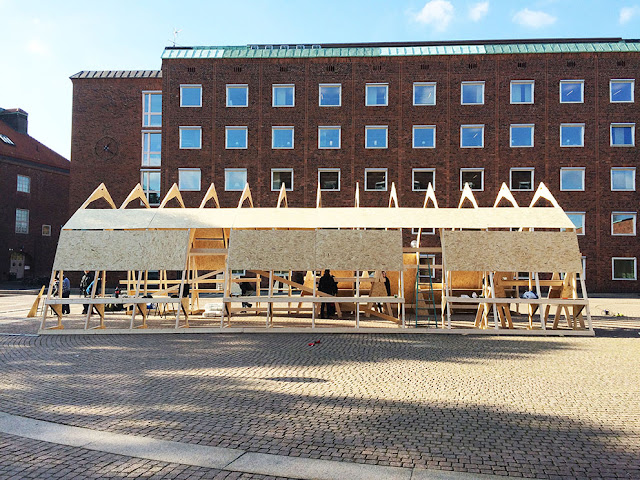